Do You Have a Woke Brand?

Woke brands appeal to the younger generation, but can be marketed ineffectively. Let NuORDER show you how to keep your company woke.

Rise in Consumer Spending among Millennials and Gen Z

Over the past year, there has been a massive increase among Millennials and Gen Z in the volume of products they are purchasing. According to a recent report by Business of Fashion, these two groups now represent $350 billion of spending power in the US and will account for more than 40% globally by 2020. Currently, that’s projected to be $1.4 to $2.5 trillion worldwide.

So how can companies capture their business and turn them into loyal customers? It’s no secret that this younger generation spends far more on clothing, cars, and the latest technology than previous generations. However, it’s important to note that their spending habits also directly reflect their priorities: relatability, transparency, authenticity, and social responsibility. In fact, one major reason they choose to purchase a brand is often because the brand is ‘woke.’ 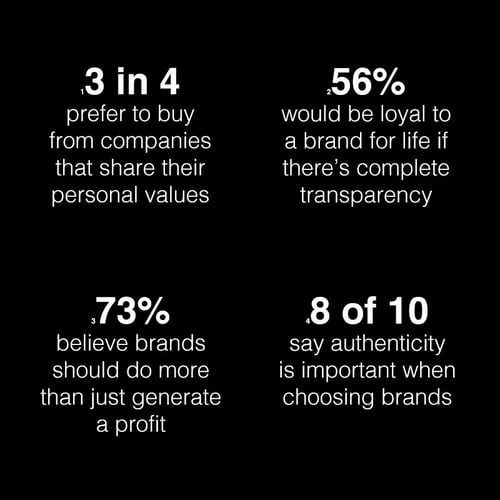 What Does It Mean to Be Woke?

In order to keep up with this shift in national spending habits, brands must be ‘woke’ towards what the younger generation is passionate about. And what does the term ‘woke’ mean? The term ‘woke’ refers to a perceived awareness of social and environmental matters such as #metoo, #blacklivesmatter, and #timesup. The industry considers brands ‘woke’ when they address these issues in their target messaging toward younger consumers. ‘Woke’ brands often address these issues through ads and social media campaigns, public statements, and even by donating a portion of their sales to a ‘woke’ cause.

Does Being 'Woke' Really Matter for Sales?

The short answer to this question is yes. The long answer is that it’s key to persuading the younger consumer to buy your brand and then remain a loyal customer. In today’s tech-centered and social media-driven world, it’s crucial for brands to fully understand what Millenials and Gen Z are talking about  in order to maintain existing loyalty and attract new customers. Now, more than ever, consumers are buying from brands that align with their own beliefs and concerns. This includes speaking about and supporting issues that have been previously deemed too controversial for brands to get involved with.

And surprisingly, it’s not just younger audiences that believe companies have a responsibility to address these issues. Over two-thirds of consumers worldwide would actually switch brands if they weren’t in line with their point of view on controversial topics. This evidence proves consumers believe they are able to use their buying power to express and support their principles and beliefs.

There’s an abundance of brands and retailers who understand the importance of appearing ‘woke’ and have adopted a new marketing approach to reach the younger generation as a result.

These are all examples of huge brands getting on board with clear ‘woke’ viewpoints on these issues.

While some companies are using their marketing messages to evolve their brand’s “wokeness”, some are going as far as to become B-corporations. A B-corp is a business that considers the impact of their decisions on people, society, and the planet. Among fashion companies specifically, there’s been a huge rise in companies switching to B-corps, with brands such as All Birds, Eileen Fisher, and Athleta jumping on board. Business of Fashion predicts that there will be at least one $500 million-plus company that becomes a B-corp by the end of 2019.

Although some say it’s too risky for brands to either express their beliefs through marketing messages or convert to a B-corporation, these woke brands understand that being involved in everyday conversations is a must in today’s retail game. The goal is simply to not only attract a new, younger audience but to also foster customer loyalty which is by far a greater reward in the long run.

Wokeness is equally important, if not more so, for brands to carry out at the wholesale level. Brands need to be communicating their messaging effectively to retailers if they want their story to be told correctly to their consumers. B2B platforms, like NuORDER, can help brands market their vision through campaign and merchandising tools and help sell their message from the top down.

Joining the ranks of woke brands can help sell both your message and your products, but you need to be able to do it well. Now more than ever, it’s important to be authentic with your woke brand in order to come across as doing it for the right reason instead of jumping on a bandwagon where people can see through your intentions. While the internet is key to the success of woke brands, it can also lead to their downfall. Remember that the other side of being ‘woke’ is being ‘cancelled’ for anything from past transgressions to poorly worded ads. We’ve all seen those poorly thought-out products and social media posts when brands aren’t authentic with their woke strategy that backfire in a terrible way. Don’t let that be your brand!

Make sure you put time and effort into planning ‘woke’ marketing campaigns, and don’t just jump in with a response to a world crisis or recent movement. Millennials and Gen Z consumers are looking for a company that will genuinely take a stand, not just give a token response to a ‘woke’ issue. In order to truly join the ranks of ‘woke brands,’ you’ll need to do more than just issue a statement or make an ad or two. You’ll need to change your brand’s story to show how much you care.

If you aren’t ready to become a woke brand, there are other ways you can take your business to the next level. NuORDER is a tool to help brands (both woke and not woke) and retailers come together to sell and purchase products. Request a demo to see how NuORDER can help your business succeed.

To learn how NuORDER can help you tell your brand story, request a demo or reach out to your account manager today.

Do You Have a Woke Brand?

What is a B2B Transaction & How is it Different from B2C?

Reimagine Wholesale for Your Business

A B2B action plan from the latest consumer data

Omnichannel wins, and here’s the data to prove it

Fashion to the Future: The Industry's Deeper Investment in Tech to Stay Competitive

Stay in the Loop

Get on the list for the latest news and topics to help support your wholesale business.